I am SO excited about today’s post! I read Heir of Fire a few months back and of course loved it. I got to talking about the book/series on Twitter (as one does) and ended up chatting with 4 other lovely ladies: Alexa from Alexa Loves Books, Rachel from Hello Chelly, Judith from Paper Riot, and Jaz from Fiction in Fiction in Fiction. We are all enthralled by this series and knew we had to do something to pay homage. We came up with the Maas Thirteen! Also seen on Twitter under #MaasThirteen or #HoF13Tour. The Thirteen is an important part of Heir of Fire and we couldn’t think of a better way to represent the book.

When brainstorming ideas for my post with my fellow hosts, I knew as soon as someone mentioned food of the Throne of Glass world I was sold! I love baking and have recently been testing my skills at cooking. I contacted Sarah as well as browsed my Kindle copies of the books for quotes and ideas for food of the Throne of Glass world. Today I present you with my creations! Making my choices was hard because Celeana loves to eat. The first item I have today was my easy choice…Chocolate Hazelnut cupcakes! Chocolate Hazelnut has come up several times in the series…

In Throne of Glass, Celaena talks about hazelnut truffles and how chocolate is important (which it TOTALLY is!)

All of her favorites were there: chocolate-covered gummies, chocolate almond bark, berry-shaped chews, gem–shaped hard sugar, peanut brittle, plain brittle, sugarlace, frosted red licorice, and, most importantly, chocolate. She popped a hazelnut truffle into her mouth. ‘Someone,’ she said in between chews, ‘is very good to me.’

When they’d eaten the last crumb of chocolate-hazelnut cake and drunk the last of the sparkling wine, and when the servants had cleared everything away and bid their farewells, Celaena found herself standing on the small balcony at the far edge of the roof, the summer plants buried under a blanket of snow.

And last but not least we have Celaena once again swooning over chocolate hazelnut truffles. This is a scene that involves Celaena and a new character Rowan.

She pointed out the pretty sign swaying in the sea breeze. Confectionery. ‘If we can’t win them with charm, we might as well win them with our business’

‘Did you somehow not hear what I just-‘ But she had already reached the shop which smelled divine and was stocked with chocolates and candies and oh gods, hazelnut truffles.

I pulled my recipe for the chocolate-hazelnut cupcakes from Bird On A Cake. 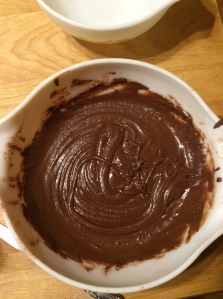 These turned out fabulously! They are super moist and a great flavor. The only thing I would change would to have a stronger hazelnut flavor in the actual cake (most of the hazelnut flavor comes from the frosting). I am going to keep my eye out for hazelnut extract and maybe add some next time I decide to make these because I am definitely adding these into my cupcake rotation.

My next dish I made was couscous! Sarah recommended this one, saying she thought it would be something found in The Assassin and the Desert (e-book novella, also part of The Assassin’s Blade). I have never made couscous but I was excited to try, especially after looking up some recipes and drooling a bit at the pictures. I am extremely pleased with the outcome! Even my sister, who isn’t a picky eater but she’s not a very adventurous eater, loved it. I was originally was going to go with couscous with peppers and chickpeas but found this recipe from Epicurious that used zucchini. I have a zucchini plant and knew this would be the perfect way to round out the dish.

I used spices I’ve never used before and wow am I blown away! I was also surprised with the addition of mint and lemon juice to this dish. I didn’t think it would work but every few bites I could taste it and it was phenomenal. I rounded out the meal with a glass of ice water with lemon because it’s totally what Celaena would do..”Celaena took a long, long sip of water. It was flavored with slices of lemon—and was unbelievably delicious.“ 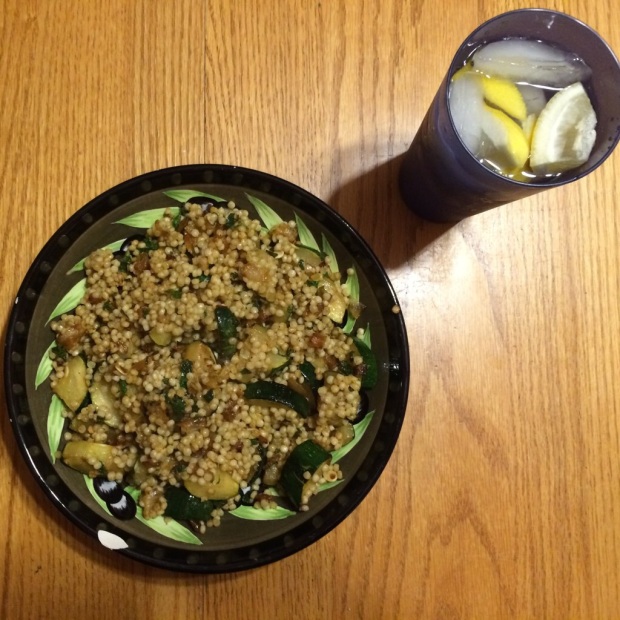 “Lost and broken, Celaena Sardothien’s only thought is to avenge the savage death of her dearest friend: as the King of Adarlan’s Assassin, she is bound to serve this tyrant, but he will pay for what he did. Any hope Celaena has of destroying the king lies in answers to be found in Wendlyn. Sacrificing his future, Chaol, the Captain of the King’s Guard, has sent Celaena there to protect her, but her darkest demons lay in that same place. If she can overcome them, she will be Adarlan’s biggest threat – and his own toughest enemy.

While Celaena learns of her true destiny, and the eyes of Erilea are on Wendlyn, a brutal and beastly force is preparing to take to the skies. Will Celaena find the strength not only to win her own battles, but to fight a war that could pit her loyalties to her own people against those she has grown to love?” 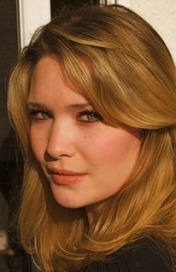 Crown of Midnight, and Heir of Fire, and the series’ prequel, The Assassin’s Blade. A New York native, Sarah currently lives in Pennsylvania with her husband and dog.

I am also currently running a Twitter giveaway for a signed/personalized copy of ANY Sarah J. Maas book! This one is US only.

I must first thank Sarah Maas for writing this book, series, world, characters! This would not exist without her. I also need to thank Emily (@simplyemmalee) because she looked up quotes for Heir of Fire for me since I did not have a e-copy of the book. I also have to thank my fellow tour hosts for being AWESOME. Alexa gets so many brownie points for working her butt off and thank you Rachel for the awesome Maas Thirteen badge! All the ladies involved with the tour are awesome and if you aren’t following them yet, you need to be!

All the quotes were pulled from the e-book version of Throne of Glass, Crown of Midnight, Assassin’s Blade and Heir of Fire.